USDrift partnered up with Fresh Roots to throw a combination event
incorporating a competition and practice day that kept the track hot for 12 hours killing
lots of tires and placing smiles on both drivers and spectators alike. Round 3 marked the
first time USDrift has held an event at Shenandoah Speedway, and it proved to be long
overdue. North Carolina native Tyler Nelson made the trip north in his Mayhem Garage
Nissan 240SX and took the win after qualifying 4th.


Round 3 was the second event to take place at an oval speedway this season, and
luckily the weather was perfect after all the rain that temporarily flooded the infield
overnight at Round 2 back in June. Being nestled in a valley along the Appalachian
Mountains and adjacent to the Shenandoah River, the speedway is lucky enough to
have one of the most scenic backdrops for a racetrack. Not to mention that the sound of
all the engines echoing off the mountainsides tended to make the event seem even
bigger than it was. Starting out early that morning, the event lasted past sunset and
finished under the lights in true oval track fashion.


Twenty-three competitors attended the second to last event of the season. Some of the
drivers ranked in the top 10 missed the event, which shuffled up a lot of the standings
and has now allowed the last round to play a big role in how it will all end. Tyler Nelson
had a shaky start to the season, but now has his car dialed in and it truly showed this
event by remaining consistent and winning the event. This marked the first time that
Nelson had landed a podium appearance at a USDrift event, let alone winning. Dylan
Hughes, from Maryland made a huge first impression in his first ever competition by
finishing in second place in his MA-Motorsports Nissan 240SX. The last first is from
Virginia native Chris Cotrupi and his 1992 Nissan 240SX, who also reached the podium
for the first time with USDrift by placing in third.


USDrift decided to try a new course design that featured an infield section for the first
half of the course and then transitioned onto the backstretch and finished with the bank.
“The decision proved to be a success, with some of the best tandem action we have
seen this season,” said Brian Eggert, Event Director of USDrift. “A lot of drivers made it
the furthest they ever have in the bracket and it’s great to see everyone progress.” With
a few new drivers emerging into the top 10 in the season’s standings, Round 4 should be
really exciting.


The 2015 USDrift PRO/AM Series final stop will be Round 4 at VIRginia International
Raceway in Alton, VA on Saturday, September 5th. The day prior will be a practice day
for both competitors and non-competitors looking for additional track time. For more
information please visit: www.usdrift.com. You can also find USDrift on popular social
media outlets such as: Facebook: www.facebook.com/usdrift, Instagram: @usdrift, and
Twitter: @usdrift. 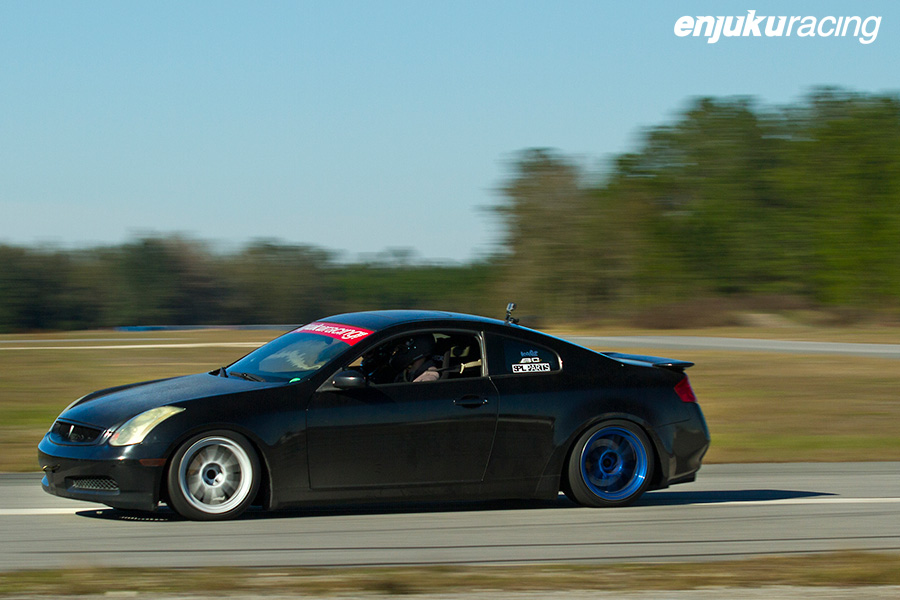